In Texas family law, as well as in family law throughout the country, it is usually assumed that once a child custody case is heard and a decision is made, it’s final. However, in reality, the judgment is never final because things can always change in the future. If both parents are in agreement, there may be changes made to child custody as long as the terms are reasonable.

If the parents disagree, it’s necessary to hire a family law attorney and get the family court involved.

Changes to Child Custody After a Divorce

Following a judgment on child custody, it is always possible to make changes to that custody following a divorce. Even if an order has been called “permanent” or “final,” it can still be modified depending on the circumstances.

Generally, there are two situations in particular in which child custody orders can be changed. They include the following:

One of the parents can file a motion with the court to make changes to the child custody order. That person has the burden of proof and is required to present evidence to the court to prove that child custody modification is needed and justified. 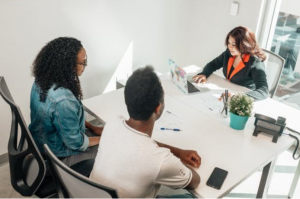 How to Prove a Change of Circumstances

The following can justify a change to child custody:

Change of Custody Due to Violation of a Court Order

If one parent is requesting a modification of child support based on the other’s violation of a court order, they must first provide the other parent with notice of such.

During the court proceedings, the parent requesting the change to child support order must present evidence of the violation of a previous court order. That person may also request that the other parent is held in contempt for the violation.

Generally, a parent who violates a court order is held in contempt of court. This does not necessarily result in a change of the child custody order, but in extreme cases, the court may order visitation to make up for a visitation date that was lost to the complaining parent.

How Does the Court Make a Decision?

Above all else, all decisions regarding child custody are made with the best interests of the child in mind. The court will base its decisions on that and generally not consider what is more convenient for the parents or what benefits them.

If you reside in the state of Texas and are looking to have a child custody order changed, get in touch with an experienced Texas family law attorney immediately.

At Eggleston Law Firm, we offer free consultations so we can sit down with you and discuss your individual case. That way, we can determine the strength of your case and the likelihood of success in a change of Child Custody arrangements.

Previous PostRoles and Duties of a Family Lawyer Work With?Next PostHow to Get Full Custody of a Child in Texas
0Shares
Change Child Custody