A billionaire in Texas has  Asset trusts protecting his wealth .The couple is involved in a dispute over their assets in a divorce. Married since 1989, their property included an island in the Bahamas, several homes and valuable tapestries.

When the husband filed for divorce in 2017, his wife assumed she would be entitled to half of the fortune she thought totaled more than $2 billion. However, she learned that he had placed almost all of their assets in trusts in South Dakota. 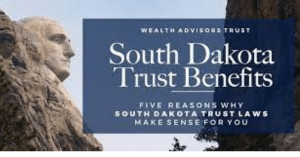 His attorneys say their shared property is worth just $12 million. Since the woman has already accumulated millions of dollars in legal bills, she says she might be left with nothing after the divorce. She filed a lawsuit in 2018 arguing that the trusts had been created for the purpose of preventing her from getting her rightful property in the divorce. The hearing, scheduled for April, has been postponed.

South Dakota’s asset trusts have become a repository for billionaires from around the world who want to protect their property from creditors, legal judgments, spouses and taxes. While the man initially made his wife a beneficiary on the trusts, he later moved the assets into new trusts without informing her, as permitted by South Dakota law.

The trusts’ privacy laws also mean it has been difficult for the woman and her attorney to get information about them.

People do not need to be very wealthy or set up out-of-state trusts in order to hide assets from a spouse. Doing so could be as simple as taking physical property to a friend or relative’s house, hiding a work bonus or taking money out of a joint account.

While many couples prefer to negotiate property division, an issue like hidden assets usually means they will have to go to court instead.

Previous PostDo you Know these Mental Health Tips for your Divorce?Next PostWho Gets Spousal Support during Divorce in Texas?
0Shares