A couple planning to divorce often first seek to know the cost of divorce in Texas. This cost is influenced by numerous factors, including the city, and state, the attorney hired, if the divorce is uncontested, or contested, and the issues needing to be resolved.

A good example is an attorney might handle child custody, and alimony, but not the division of property. A consultation attorney will prepare documents, or provide advice, but is not actually representing the client.

Legal fees can vary from as low as $50 an hour to as high as $650 an hour, but the average remains $250 an hour. There are additional fees to be considered including court costs, a child custody evaluator, a tax advisor, a real estate appraiser, or the necessity of an additional expert.

The average total cost for a divorce is $15,500, including the attorney fees of $12,800. This includes consulting only, limited scope, full scope, ad collaborative law. These costs included numerous issues such as:

When a divorce goes to trial, the cost of the divorce in Texas increases. These costs average $19,600, and the attorney’s fees of $15,800 are included in this figure.

For couples who came to an agreement and settled their case, the average cost was $14,500, and the attorney fees of $12,500 are included in this figure. These figures additionally have a bearing on the length of time required for a divorce to become complete.

The general steps for a divorce begin with filing the petition, and end when the final court judgment is awarded. The average time frame is eleven months for an uncontested divorce. When there is an issue requiring the case to go to court, the time frame increases to an average of 17.6 months. When all issues were successfully resolved by the couple, the length of time was reduced to nine months. 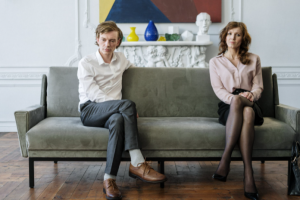 Not only is having any issues in a divorce case resolved by the judge more expensive, but it also requires additional time, and many individuals are unhappy with the decision. When there were numerous issues requiring a judge, the satisfaction rate plummeted even lower.

This is partly because the longer it takes to resolve a case, the more arguments, and issues are going to occur. The resolutions to these issues are usually not going to satisfy both parties, and at least one individual will be unhappy. Individuals who are naturally combative will rarely be satisfied with any decision, or fee.

The number of issues involved in a divorce case will increase the fees of the attorney. The more issues, the higher the fee. This causes stress, and stress often causes more issues. The best solution to lowering fees is for a couple to work out any issues without the aid of an attorney whenever possible.