While going through a divorce, parents need to decide who gets custody of the kids and make a parenting plan. However, if parents cannot agree, the courts will make the decision. So how do the judge decide on child custody case in Texas?

According to TexasLawHelp.org, the state of Texas uses the word conservatorship to describe custody, and a conservator is the person given custody. There are three types of conservators. Joint managing conservator refers to both parents making major decisions about the child, and this is most common.

However, within this agreement, the judge typically names one parent as the custodial parent, and this is whom the child primarily lives with.

If there is violence or abuse in the relationship, the judge will name one parent or nonparent as sole conservator. In this situation, the other parent is the possessory conservator. 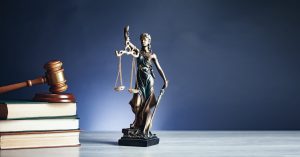 When making custody decisions, a judge takes into account what is in the best interest of the child. According to the Child Welfare Information Gateway, there are certain factors the judge considers when determining what living situation benefits the child the most.

The general safety and health of the child are priorities, but other factors are important as well. A judge typically does not want to interfere with a child’s current schedule and routines, so the current living situation is often a preferred choice.

Other common factors that judge use to decide  child custody include:

As the child ages or a parent’s situation changes, a judge can make modifications to a current custody order.