The division of  community property is one of the biggest undertakings during a divorce. While parties certainly can decide between them how they want to divide property, the court also has a say and must approve any agreement.

The state of Texas is one of only nine states that follows community property laws, according to the Texas State Law Library. This means when dividing property, the court considers all assets obtained during the marriage to be equally owned by each person.

This makes it very difficult to separate out non-marital property. It includes earnings as well. However, the Texas Constitution and Statutes explains that a couple may agree to omit some earnings as being part of the dividable assets. 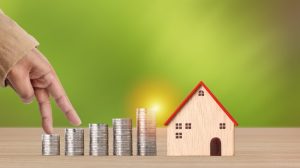 Typically, this is earnings that occur since the beginning of the year in which the divorce was filed. However, it may include any period specified and agreed upon by both parties.

As mentioned, divorcing couples may come up with their own agreement, but the court can strike it down. The court focuses on fairness in the division of property.

It specifically works on the basis that anything the couple got together is owned equally by them. So, if the court does not see an agreement as fair, it may make adjustments.

When it comes to debt, the laws vary. Generally, in community property states debt is also divided equally, but in Texas, things are more complex and require further investigation. This information is for educational use only. It is not legal advice.