There are a number of topics that many in Austin may not be anticipating coming up during their divorce proceedings. Chief among these is often dealing with a 401k division during divorce.

People contributing to their 401ks often view them as separate property (as the funds going into them come largely from their own individual efforts. Yet as contributions made to a 401k during a marriage come from marital income, they qualify as marital assets

According to Texas law, marital property becomes community property which is is shared equally between the two couples during divorce. 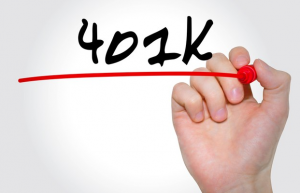 After realizing this, those facing this scenario then want to know how to best divide up those assets.

Conventional wisdom might dictate that one cannot make an early withdrawal from a retirement account without incurring a tax penalty.

Per information shared by CNBC.com, however, divorce presents one of the rare situations where early withdrawals from a 401k do not incur a penalty. This may make cashing out their portion of a 401k’s assets an attractive option to those who may need a quick infusion of cash in the immediate aftermath of their divorces.

They should weigh the benefits of this decision, however, against the drawback of giving up the income-earning potential those funds present over the long-term.

They should also be aware that they will have to pay income tax on any disbursement they do receive.

Rolling the money over

According to the 401k Help Center, the most common method of dealing with a 401k division during divorce is to have the account split into two separate accounts. This allows both sides to determine the investment strategy of the funds therein.

A non-contributing spouse who already has their own established retirement savings account can choose to roll the portion of contributions owed to them into that account, as well.