Going through a divorce is tough for parents and children. But what about pets? Many families consider their pets as much a part of the family as anyone else. So how do divorcing couples decide who keeps the dog or the cat?

Sometimes, couples can come to a pet custody agreement on their own. If not, it’s up to the courts to decide.

A judge usually considers a pet as personal property. If one spouse owned the pet before marriage, it is already theirs in the eyes of the law. However, the situation is more complicated if the couple acquired the animal during the marriage.

Per the Texas State Law Library, Texas is one of nine community property states. As such, the courts divide marital property equally during a divorce. With a house or a car, it is relatively easy to assess the property’s worth and distribute that value evenly. With animals, however, that distribution is much trickier. 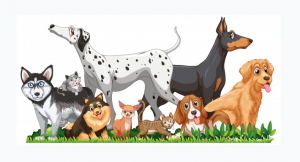 Legal change regarding pets’ interests is on the horizon. A 2019 article published by Michigan State University’s Animal Legal and Historical Center finds that courts across the country are now considering the needs of the animal when deciding ownership.

Some judges may even award couples with shared custody, visitation rights and alimony payments for pets.

Because livestock animals are not generally considered pets, it is easier to divide them as an asset. However, some might consider certain animals as both pets and livestock, such as the family horse. Animals like these may fall into a gray area regarding property division and pet custody.

Previous Post4 Mistakes to Avoid as you Approach Property SettlementNext PostDo you Know these Mental Health Tips for your Divorce?
0Shares