In the state of Texas, child custody is referred to as “conservatorship.” The family court refers to each parent as a conservator instead of a custodian. The term conservatorship essentially describes a parent’s legal rights and responsibilities regarding the child.

During a custody hearing, the judge decides the terms when the parents are unable to agree on custody matters. If you are a parent in Texas who is going through a child custody battle, it’s in your best interests to have a skilled family law attorney on your side. Bryan Eggleston has the knowledge and experience to assist you.

Texas has two types of child custody or conservatorship. They include the following:

When a parent gets custody of their child, they have the following rights:

What Happens with Joint Custody?

Texas is a state that assumed that both parents should receive joint custody of a child. With joint custody, each parent shares the responsibilities.

However, even when this type of custody is in place, the court can still determine that one parent should be able to make certain decisions pertaining to their child as the court will always have the child’s best interests in mind first and foremost. 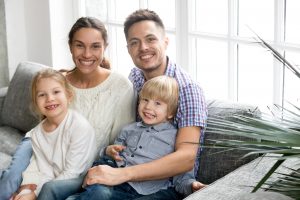 What Happens with Sole Custody?

Sole custody of a child means that the court has granted only one parent the legal right to make decisions pertaining to the child. Those rights generally include the following:

There are several reasons why the family court might grant one parent sole custody over the other or instead of joint custody between both. In some cases, one parent may not even want joint managing conservatorship. However, other reasons can include the following:

At the end of the day, the Texas family court will always make decisions regarding child custody based on what is deemed in the best interests of the child. As a parent who is in the midst of a custody battle, the best thing you can do is speak with a Child Custody lawyer such as Bryan Eggleston.