Grounds for filing a divorce varies spouse can either decided to file as fault divorce and state reasons or just file as no fault divorce which means irreconcilable differences and not further explanations.

Married couples who are seeking a divorce in the state of Texas have two options for getting that divorce. A spouse can either request a no-fault divorce or one based on fault grounds.

A no-fault divorce is the type of divorce couples can get without stating a fault on the part of their spouse as to why a divorce is necessary.

Instead, no-fault divorce has the simple reason of “irreconcilable differences” and no further explanation is needed. With a fault divorce, however, the petitioning spouse must state the grounds for filing a divorce, which is a fault on the part of the other spouse. 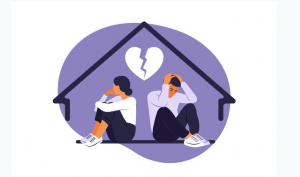 Generally, in Texas, there are seven reasons that are recognized as being grounds for filing a divorce. If you are filing for a fault divorce within the state, the reason you state for wanting to end the marriage must fall under one of those seven categories before a judge grants the divorce.

A person who is looking to file for divorce based on a fault of their spouse must understand the process before doing so. It’s important to have sufficient proof of the reason stated as grounds for the divorce. The situation must warrant the end of the marriage based on that reason or reasons. The ground for divorce in Texas include the following:

There are additional requirements for filing for divorce in Texas regarding residency. At least one spouse must have resided in the state for at least six months before filing. They are also required to have lived in the county where they are petitioning for at least 90 days prior.

If you are in the state of Texas and have decided your marriage is just no longer worth saving, you can consider divorce. Get in touch with the Eggleston Law Firm to learn about your options for filing and for grounds for divorce. You can also have a free initial consultation with an Eggleston Law Firm divorce attorney before you decide what to do.