Child support is a court order that can only be changed by another court order. The amount of child support to be paid is based on a percentage of the non-custodial parent’s income as determined by the state’s child support guidelines.

The determination of the amount of child support to be paid can be a fairly straightforward process. Unfortunately, for over half of custodial parents, receiving regular and full child support payments is not so straight-forward.

One report indicates that at the end of 2013, Texas had $13 billion in child support arrearages. According to a study by the U.S. Census Bureau, of the $32.9 billion owed in child support in 2013, 68.5% was actually received. Of those custodial parents who were awarded child support, 45.6% received all the support that was due, 28.5% received some of what was due, and 25.9% received nothing. 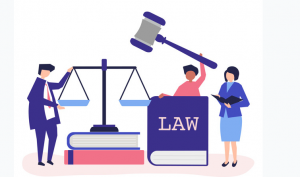 In addition to the significant financial impact, when child support payments order  are not being made it can extend and increase the sense of crisis in the family following a divorce or separation. The stressful emotions are felt by everyone in the family.

In the event that one or both of the parents has remarried, this stress now can impact both families. Janice Eggleston, at Eggleston Law Firm, helps those families that are not receiving the child support that they are owed.

This is why it is critical to address child support arrearages very early on with the help of a Family Lawyer in Texas. Janice Eggleston helps custodial parents who are owed child support fully understand what is involved in the enforcement process.

Many states, including Texas, have seen an increase in the collection of child support payments by reorganizing the agencies that collect payments to put more focus on providing services that strengthen the family. Janice Eggleston and the professionals at Eggleston Law Firm are experts in navigating these resources to provide the best outcome for your family.

Previous PostWhat are the Grounds for Filing a Divorce in Texas?Next PostHow Child Support Enforcement is Achieved in Texas
0Shares
Child support order