Coming to the conclusion that it isn’t possible to save your marriage is never an easy one. When you and your spouse have decided divorce is your only option, there are many things to consider. One of them involves division of property. If you live in Texas, you should know about the state’s property division laws regarding divorce.

Texas is a Community Property State

Texas is a community property state. This doesn’t mean that when a couple gets a divorce, the family court divides the property equally. That is a common misconception.

However, in reality, community property means that the judge takes a look at all the facts pertaining to the case and determines the way the marital property, specifically, assets and debts, is divided between the two parties. The judge’s decision regarding the division is referred to as “just and right.” 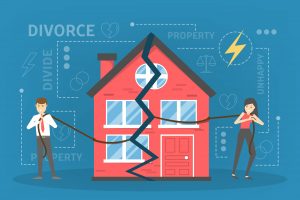 What Affects Property Division in a Divorce?

There are a number of factors that may come into play when determining how property is divided between former spouses during a divorce. Two of the most common involve each person’s earning capacity and responsibility for raising minor children.

In those scenarios, the judge can decide that the property would be divided 55 to 45 or 60 to 40 to help a particular party. However, other factors may include the following:

Which Spouse Gets the House?

One of the most complex aspects of property division involves who gets the house after a divorce. Generally speaking, it depends on the circumstances.

However, the spouse who is considered the primary parent of minor children usually keeps the marital home. If there were no children produced during the course of the marriage but one spouse purchased the home with separate funds, that person can legally keep it.

If you are getting a divorce in Texas and need excellent representation, Bryan Eggleston of the Eggleston Law Firm is an excellent choice. He will fight to get you everything you deserve in your divorce. Get in touch with Bryan Eggleston at your earliest convenience.

Previous PostWhat Is Conservatorship In TexasNext PostHow Can I Get my Cost of Raising a Child Modified?
0Shares
Property Division in Texas