Physical and legal custody differ in important ways. Physical custody refers to where the children primarily reside. Legal custody means that a parent has the right to make important decisions regarding the children such as where to enroll them at school and which doctor they will see for illnesses.

Parents in Texas who file for divorce must make major decisions that will affect their children’s lives for years to come. Some parents decide to share joint custody of their children which means approximately equal parenting time and responsibilities.

In cases where joint custody is not practical or possible, one parent will typically be awarded custody and the other one will have liberal visitation with the children according to the court’s standard visitation schedule. 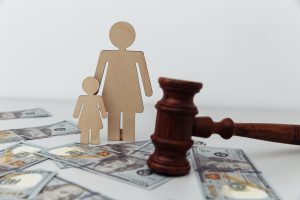 If one parent is awarded primary physical custody, the parent who receives visitation with the child (who is also called the non-custodial parent) is usually ordered to pay child support. Child support is calculated according to charts or equations based on the paying parent’s income.

Failure by one parent to do this can result in that parent being taken back to court on contempt allegations.

In many cases, joint legal custody is not practical if the other parent refuses to speak with you regarding important issues in the child’s life or if these discussions quickly turn into arguments.

Another situation where joint custody may not be appropriate is when parents live far apart and will not be able to share custody for practical reasons. If parents cannot agree on which parent should have custody, each parent will be permitted to present testimony at a hearing, and a judge will make a decision based on what the judge believes is in the best interests of the child.

Each parent will be expected to testify about their relationship with the child and their plans for the child’s upbringing.

If you have questions about child custody, contact Janice Eggleston, an experienced family law attorney. Child custody is not a legal matter that you should handle yourself.

It can affect your life and the lives of your children for many years to come. If you are considering entering into an agreement, you need an attorney to make sure that it is fair to you and that it will work well for your situation.

If you agree to a custody arrangement that is not right for your situation, it is very likely that you will end up back in court when it doesn’t work out. Call Janice Eggleston to schedule a consultation today to discuss your child custody legal needs.